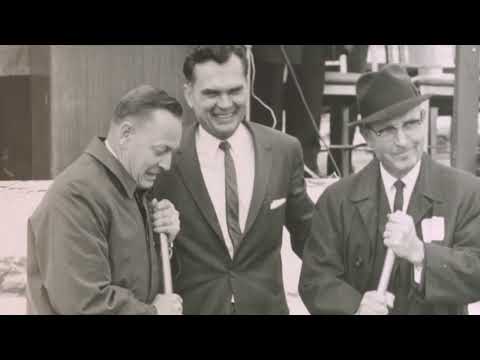 Nestled at the base of the Cascade Mountain Range's eastern slope in south-central Oregon, Sky Lakes Medical Center is the only full-service hospital in a 75-mile radius and serves some 80,000 to 100,000 people in a 10,000-square-mile area of southern Oregon and northern California.

Sky Lakes Medical Center was built by the community in 1965 with a combination of money generated through fundraisers and federal grants. It continues to be a full-service, stand-alone, not-for-profit community hospital, licensed for 176 beds. Sky Lakes is not affiliated with any large healthcare system nor does it receive direct financial support from taxes.

The Sky Lakes family includes the Sky Lakes Cancer Treatment Center, which opened in 1990 after a successful community fundraising campaign. Its size doubled in the mid-1990s, and in 2003 it doubled again.

Dedicated to the family-centered philosophy of care, the 15,000-square-foot Sky Lakes Family Birth Center opened in 1998 in response to the changing needs of the community. It features 12 spacious private rooms that become home for many visiting families and combines modern technology with thoughtful design touches such as expansive windows that allow natural light to wash over the nurses' station, nursery and family areas.

The medical center became a teaching hospital in the mid-1990s when the Cascades East Family Practice Residency Program opened. The 24 physicians who are in the three-year family medicine residency program help meet the medical needs of people throughout the region. Many of the graduates now practice medicine in Klamath Falls or in rural settings throughout the United States.

Sky Lakes Medical Center, its employees, volunteers and medical staff are partners with the community in social and economic issues as well as healthcare matters. We consider the medical center to be a vital community asset that stands ready to help make the region we serve healthier.

Sign up for our This Week in Health e-newsletter!